I went out to check on my garden this morning. I have only watered it once since I put it in (that’s because we went about a week without rain not long after I put it in), and since it doesn’t need weeding and nothing needs picking–and also because the mosquitoes have been especially fierce–I’ve been leaving it alone.

That’s when I noticed that we’ve have had so much rain, my bales have started to melt. 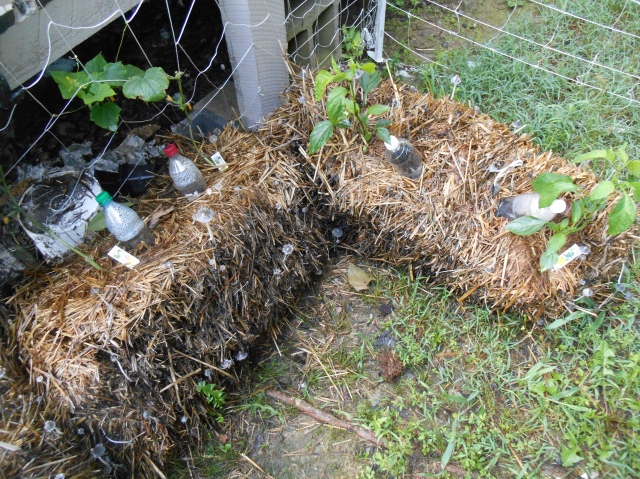 You lean forward and I’ll lean back.

I have *never* seen this many mushrooms on a bale before. It looks like I’m growing them instead of a pepper plant. 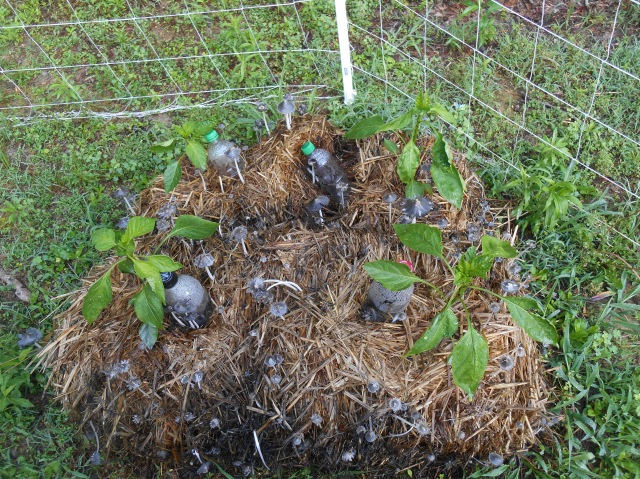 That back bale is just giving up. It’s split in the middle and has shrunk to nearly half of its original height. 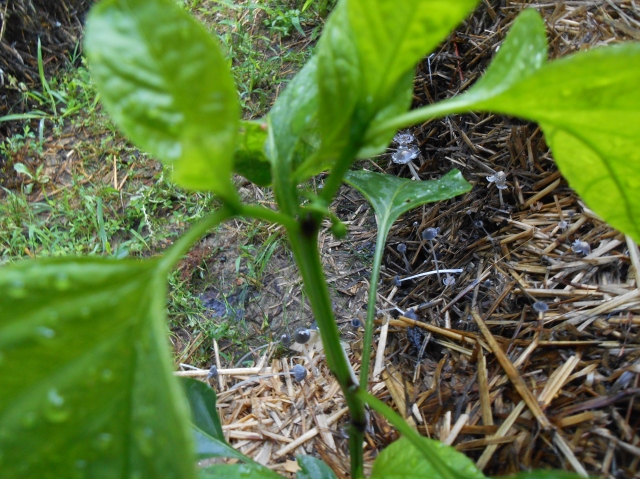 Despite the bales imploding, my pepper plants are putting out buds. 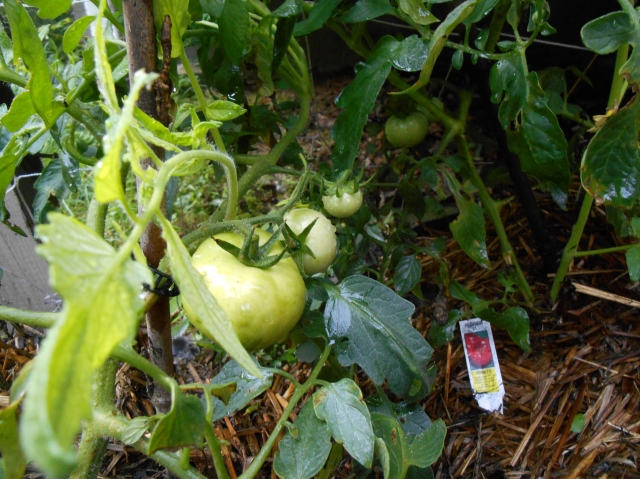 Check out all my little tomatoes.

So, what gives with the bales giving up the ghost?

We’ve had a lot of rain this spring (making up for last year’s exceptionally severe drought). In April (which is when I got the bales, even though I didn’t plant them until May), we had 7.92″ of rain, compared with an average amount of 4.42″. In May, we had 5.59″; average is 4.94″. So we’ve had 4.15″ of rain above average in just two months. That’s like buying two months’ worth of rain and getting another month free!

It’s also possible that these bales were not as tightly-packed as they should have been. I thought when I got them out of the truck that the strings were a too loose, but they had already been wet, so I wasn’t sure if that was due to a flaw in the baling or if they had already started to shrink.

Since it never rained last year, I don’t really have a way to compare what bales do in normal conditions versus really wet conditions. But all of my bales last year pretty well kept their shape until very late in the season. But even then, they weren’t as broken down as the bell pepper bale is now.

Unfortunately, I don’t live in a grain-producing part of the country, so I don’t have my choice of straw bales. If you do, make sure you pick a bale that’s good and tight. Ideally, it shouldn’t be very easy to get your fingers under the baling twine. Those kinds of bales will last much longer.

What am I going to do with my bales?

I’m going to let most of them just sink. I do have one with a bad lean that’s making my tomato plant counter-lean in a bad way. I still have the straw that I removed from the bales when I planted them, so I’m going to try to prop up the sinking side with that to make the bale more level. The ones that are sinking pretty evenly, though, I’m going to just let go. I know from breaking apart last year’s bales that the plants will put roots down all the way down through the bale, and since these are sitting on bare soil, the plants can just sink roots into the ground.

It’s a good thing I was planning on building a permanent garden in this area anyway, because the only way I’m going to be able to move this straw around now is by pitchfork.